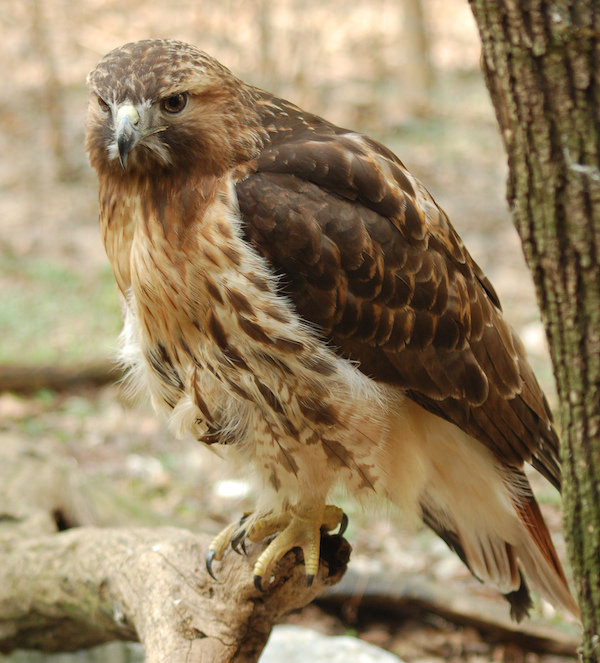 Although one of the most common hawks in Kootenai Country Montana, the red tailed hawk can offer some challenges in identification at times. The Red Tailed hawk is a Buteo, more specifically Buteo jamaiconsis. Buteo is a Latin term meaning “a kind of hawk.” All of these closely related hawks have stocky bodies, long broad wings, and usually scope for prey from above or from a perch...

Just to make it interesting identifying redtails, there are differences in appearance between adult male and females, juveniles and adults, and there are several western morphs, the western light, dark, and rufous. There are also Harlan’s hawks, Krider’s hawks and a melanistic red tail.

But not to worry fellow outdoor enthusiasts! There is still nothing quite like hearing the screaming “kreeeeer” of a red tailed hawk and watching it dive down on a ground squirrel or field mouse and veering back into flight with its prey gripped in the talons tightly. The red tail’s relatively large wingspan is about 45-to-60 inches and enables it to successfully hunt rodents, ground squirrels, and other small mammals. Red tails also prey upon snakes, snowshoe hare, western cottontail rabbits, insects and their larvae, and occasionally fish. They also pursue prey into dense brushy areas, pirate prey from other raptors, and often will eat carrion. Mating displays consist of steep dives, climbs, and glides by both adults in pairs with their feet in a down position. Field ornithologists have sometimes witnessed talon grappling which is understood to be either courtship display or aggressive behavior similar to that of eagle interactions.

Red tailed hawks nest in trees, dead snags, on rock cliffs and sometimes adjacent to fields near water. Generally, they lay one to three eggs in early April, and incubation lasts approximately one month. The young fledge in the June-July time period when young are about six weeks old. Most red tails migrate to the southern United States for winter, but many remain in western Montana if food sources and territorial needs are met.

So keep your keen eyes sharp when scoping for redtails, and keep your bird book handy. Remember that they are habitat generalists, have distinguishing flight patterns, and come in many variations. Look for the short bodies, broad wings, and short to medium tails. Keep in mind that they may be present at any time of year. Accept the challenges and learn with the rest of us.

And above all, listen carefully. After hearing their piercing call, you may see them strike, and look up to see them flying off with their prey, which can be another breath taking experience in Kootenai Country Montana!